Why spider silk is so incredibly tough?

GauGAN AI-Simply draw it, AI turns it into a masterpiece!

Is there a possibility that robots can replace humans? How close are we to replacing humans with robots? When will robots replace humans? Recently, concepts such as artificial intelligence, Industry 4.0, Intelligent robots have come into our lives and technological developments in these areas are very fast. The rapid development of technology makes us think about the answer to these questions. Given that we have recently witnessed the introduction of the world’s first artificial intelligence coach to head a football team. Nowadays, we admire the acrobatic movements of Boston Dynamics’ Atlas robot. All these examples show us that robots are not far from the stage that can replace humans. Well! Can robots replace humans?

The production of robots of different sizes and tasks was started years ago to facilitate life and to solve the problem efficiently. Insect robots, animal robots, military robots, surgical robots, industrial robots, humanoid android robots and so on. These robots don’t sleep, they don’t have annual leave, they don’t want health insurance, they don’t produce excuses for failure.

As long as you give them their energy, they’re trying each way to do the task in its entirety!

For now, the number of robots that will replace human jobs is not at a level to be feared. But robot designers compete in designing robots that look like humans but think faster and error-free than humans.

Imagine who doesn’t want a robot (Irona) that can do anything at home like in the Richie Rich cartoon?

But making this science fiction a reality is more difficult than it seems. Because it’s hard just to try to make robots look and move like humans. Has today’s technology come a long way in this? Absolutely!

Now let’s look at some of these examples and try to find clues together to answer the question of whether robots will replace humans.

The purpose of the production of the humanoid robot Sophia, which was granted citizenship by Saudi Arabia (the first citizen of artificial intelligence), reminiscent of a human in appearance, was very different from its current popularity. It was designed to help the elderly and visitors in the park.

In order to make eye contact and get to know people, the cameras placed in their eyes are managed with special software. Thus, it can recognize people, even by keeping human voices in memory, can easily perceive sounds.

One of the reasons why this artificial intelligence robot attracts a lot of attention is that it responds brilliantly and wittily to people’s questions.

The film actress Audrey Hepburn has been taken as an example to have an appearance that will not disturb you.

Don’t you think Sophia, who is learning and growing with artificial intelligence, is capable of doing some human jobs? 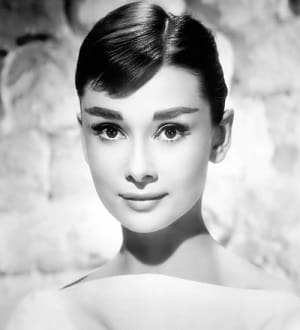 If you’re interested in Sophia’s speeches and facial expressions, you can click here to find a short video that has been published about it.

More than 25% of the Japanese population is over 65 years of age, and this number is expected to rise to 40% over the next 40 years.

The fact that the young population in Japan is so low shows that industrial development should progress faster on behalf of Japan.

At a time when it’s hard to find young people to replace aging construction workers, some entrepreneurial companies are working to develop new robots to help build tall buildings. There are also examples of robots being developed.

Robotic Welders Developed by Shimizu Company | Will robots replace humans in the workplace?

Robotic Carriers Designed by Shimizu Company | What jobs are going to be replaced by robots? | Will robots replace humans?

Of course, it is difficult to design these robots, but the more difficult part is that these robots work together in harmony and coordination with people in dangerous environments such as high-rise buildings.

Despite all these drawbacks, the Japanese construction industry needs these robots more than ever. Although robots have taken over welding, transport and basic tasks that make up 1% of the jobs in the construction industry, for the time being, it’s not even hard to see robotic workers in Japan who carrying a cement bag and installing electrical installations!

As we mentioned before, the fact that Japan has an old population also brings with it the problem of employment in the health sector.

In Japan, where the need for nurses and caregivers is predicted to be between 800 thousand and 1 million by 2025, there is expected to be a shortfall of 380 thousand nurses/caregivers even if nurse employment is increased until that year. A similar situation applies to the United States.

Japan, considering this future distress, has focused on developing robot nurses and robot carers years ago.

In addition, China has started the use of nurse/caregiver robots in the treatment of infectious and fatal diseases such as coronavirus, which is on the agenda of the whole world. Thus, the transmission of such dangerous diseases to health personnel and other people is thought to be minimized.

Developers have primarily planned to design robots that help patients get out of bed, transport patients and meet toilet and bathroom needs. In later stages, they aimed to develop robots that would predict/learn the time of the bath and medication, and provide special services to more non-standard patients.

Robot Nurses & Sitters | Robear can transfer weak patients from a wheelchair to a bed or bathroom.

Experts realize that the insufficiency of nurses and caregivers cannot be solved with these robots for now. But the primary goal is to ensure the spread of robots that will reduce the burden of nurses and nurses.

By 2020, they aim to have 4 out of every 5 caregivers as robotic caregivers.

Soon it will be possible to see robotic nurses in hospitals who will take blood from your veins for analysis, give anesthesia based on your data for you to enter the surgery, and will be with you in all kinds of problems.

Technology continues to progress strongly. Artificial intelligence programmed by people while, trying to make life more livable, on the other hand, replace people’s workplaces. The number of professions that people can choose to maintain their own lives in the future is gradually decreasing. Do you think humanity is digging its own well?

The biggest question on the human mind:

Should be. And that’s the biggest obstacle for robots have to overcome.