We have already mentioned Top 10 Artificial Intelligence Technology trends for 2020. Now, we want to inform you about some of the scientific studies planned in the field of space, energy, health, climate, and superconductors around the world in 2020 under the heading of “The science events to follow for in 2020“.

The science events to watch for in 2020

The year 2020 can turn into a real Mars invasion. There are space agencies from various countries that plan to land on the surface of Mars.

NASA plans to collect stone samples from the surface of the planet Mars with the Mars 2020 vehicle (Perseverance) (including a small helicopter inside) and to bring these stone samples to Earth with another task planned to be performed later.

General features of Mars 2020 vehicle. -Perseverance | The science events to follow for in 2020

China will make its first landing on Mars with a small traveling vehicle, Huoxing-1. 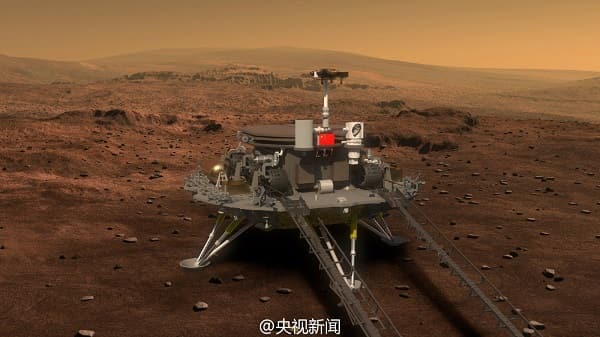 In addition, the European Space Agency (ESA) plans to land on the surface of the red planet.

The United Arab Emirates is preparing to become the first Arab country to orchestrate a Mars mission by orbiting a satellite around Mars.

Recommended For You –> How long does it take to get to Mars?

In 2019, China had launched the spacecraft named Chang’e-4 to the dark side of the Moon from Earth. In 2020, a new vehicle called Chang’e-5 will be sent to the Moon to bring examples to the Earth.

China managed to land the Chang’e-4 spacecraft on the dark side of the Moon in 2019. | The science events to watch for in 2020

China, which plans to send a new vehicle called Chang’e-5 in 2020, has designed the task profile of the Chang-5 vehicle as shown in the picture.

Hayabusa2 will bring the samples collected from the Ryugu asteroid to Earth in 2020. | The science events to follow for in 2020.

The researchers, who made observations with the Event Horizon Telescopes, managed to obtain images of a black hole for the first time in 2019.

A black hole was displayed for the first time in 2019.

The same research group plans to release images, perhaps even a video, of the Sagittarius A* black hole in the center of Milky Way this year.

European Space Agency (ESA) plans to update the three-dimensional map of Milky Way as part of the Gaia mission by the end of 2020.

In addition, the analysis results of various big data obtained by observations of gravitational waves will be published in 2020. Star hole collisions of black holes are expected, as well as black hole mergers, which have been observed previously.

CERN hopes to fund in 2020 for the mega collider it plans to install in the future.

With a meeting to be held in May in Budapest, decisions regarding this project, which will cost about 21 billion euros, will be taken. If this fund is provided, a collector 6 times stronger than today is planned to be installed.

CERN plans to build a collider 6 times more powerful than today. | The science events to follow for in 2020.

In August 2020, the United Nations Environment Programme will release a major report on the scientific and technical aspects of geoengineering – approaches that can be used to fight climate change.

In addition, in 2020, the International Seabed Authority will publish regulations that allow mining at the bottom of the long-awaited sea.
Scientists are concerned that there is insufficient information on how the application can damage marine ecosystems, and they fear that potential disasters can occur in environments that are already under stress.

An important development related to climate will be in Glasgow in November 2020.

Companies plan to start selling solar cells that use perovskites, which are cheaper and easier to produce than silicon crystals used in traditional solar panels, in their large and medium-sized plans. When paired with silicon in “tandem” cells, perovskites can give the most efficient solar panels on the market.

Toyota is also expected to present its first prototype in July 2020, powered by solid-state lithium-ion batteries. This promotion, which will be held during the Tokyo Olympic Games, can take electric vehicles to another level.

These increase the amount of energy that can be stored by replacing the liquid that separates the electrodes in the battery with a solid material. Solid electrolyte batteries last longer but tend to charge more slowly.

Physicists hope to realize their dreams of creating a material that conducts resistance-free electricity at room temperature. (For now, however, these superconducting materials only work at millions of pounds of pascal pressure.)

It was found that the atmospheric pressure of lanthanum hydrides produced in 2018 showed superconducting properties even at -15 °C under millions of times the pressure.

Researchers plan to produce compounds called yttrium super hydride in 2020. According to calculations, these compounds can conduct electricity without any resistance even at 53 °C.

2020 may be a year of important developments for patients who need organ transplantation.

Some researchers are working to grow human organs in the bodies of animals.

Hiromitsu Nakauchi, a scientist at the University of Tokyo, plans to grow tissue made up of human cells in mouse and rat embryos thanks to stem cells.

The ultimate goal of such research; to produce the organs that can be transported to humans in the end. Some scientists think that it is better to grow organs in a laboratory environment.

Hiromitsu Nakauchi, a scientist at the University of Tokyo. | The science events to follow for in 2020.

In Yogyakarta, Indonesia, a major test of a technique that can stop mosquitoes from spreading disease will arrive in 2020.

The researchers released mosquitoes carrying Wolbachia bacteria, which prevent the reproduction of mosquito-borne viruses that cause dengue, chikungunya, and Zika, and allow the infection to spread in the wild population.

The released mosquitoes allowed the infection to spread among the mosquitoes in nature. The success of the method will be determined in 2020. Small tests in Indonesia, Vietnam, and Brazil promised to speed up research.

Mosquitoes will be injected with bacteria that prevent them from spreading disease.

An ambitious effort by synthetic biologists to rebuild baker’s yeast (Saccharomyces cerevisiae) is due to reach completion in 2020.

Researchers have completely changed the genetic code of much simpler organisms before. (For example, bacteria Mycoplasma mycoides) But doing this in yeast cells is much more difficult due to their complexity.

This research, called Synthetic Maya 2.0, is the result of the collaboration between 15 laboratories from 4 continents. The laboratories replaced the DNA of S. cerevisiae with synthetic versions in each of the 16 chromosomes piecemeal.

Synthetic yeasts | The science events to watch for in 2020.

They also worked on rearranging and editing the genome – or deleting parts of it to understand how the organism evolved and coped with mutations.

Researchers hope that designed yeast cells will open up more efficient and flexible ways to produce a range of products, from biofuels to drugs.